OpenADR 2.0b and OpenADR 2.0c: Interoperability in the US

OpenADR is an open system standard for demand response communication that is interoperational for users, utilities, and system operators. It was first implemented in California and was adopted into the federal level after showing positive results in the state. The national standard is known as OpenADR 2.0, which comes in three different profiles - OpenADR 2.0a governing simple demand response devices, and OpenADR 2.0b and OpenADR 2.0c for more advanced DR systems.  This standard speeds up and eases the process of demand response by using automatic signals between different parties.

OpenADR 2.0a is intended to govern simple DR devices that have capacity and memory limitations. For example, heaters and thermostats. The main service that OADR 2.0a supports is EiEvent, which is implemented during emergency and reliability events, and other critical periods. OpenADR 2.0a automatically calls for demand response actions by transmitting the signals to DR participating consumers.

Going Beyond Event Prompts with OpenADR 2.0b Standards

OpenADR 2.0b came out around the same time as profile 2.0a. It is designed to regulate programs for full-service clients and servers. It supports a more comprehensive list of services aside from automatic event prompts of EiEvents. In addition, the standard support protocols and specifications for other automatic demand response features:

OpenADR 2.0c was developed later than the two profiles. It is intended to support wholesale market communication between implementing and regulatory parties like the ISO, utilities, and aggregators. The massive scope of this market requires additional advanced features for the OpenADR.

OpenADR 2.0b and OpenADR 2.0c are closely similar but the latter has additional advanced features. The latest OADR standard comes with enhanced specifications for EiEvents functions. It also has a unique feature called EiQuote that publishes price signals and distributions for tender prices. This allows wholesale clients to bid for the right prices and services related to demand response.

Historically, household and small business consumers prefer OpenADR 2.0b over the first profile because it covers most of the essential elements necessary for a fully-functional automated demand response program. Wholesale energy buyers, on the other hand, aim to comply with OpenADR 2.0c to make their demand response initiatives convenient, efficient, and affordable.

Walters Wholesale Lighting and Controls Division, is a leader in the Demand Response arena, contact your local Walters branch to see if we can help set your next project in motion. 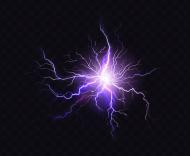 Demand Response: A Win-Win Solution for Affordable and Efficient Electricity  Demand response is an increasingly valuable tool for driving efficiency... 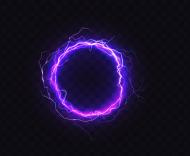 How Demand Response Works: An Outline of Essential Elements  Demand response (DR) aims to increase the efficiency of grids simply...