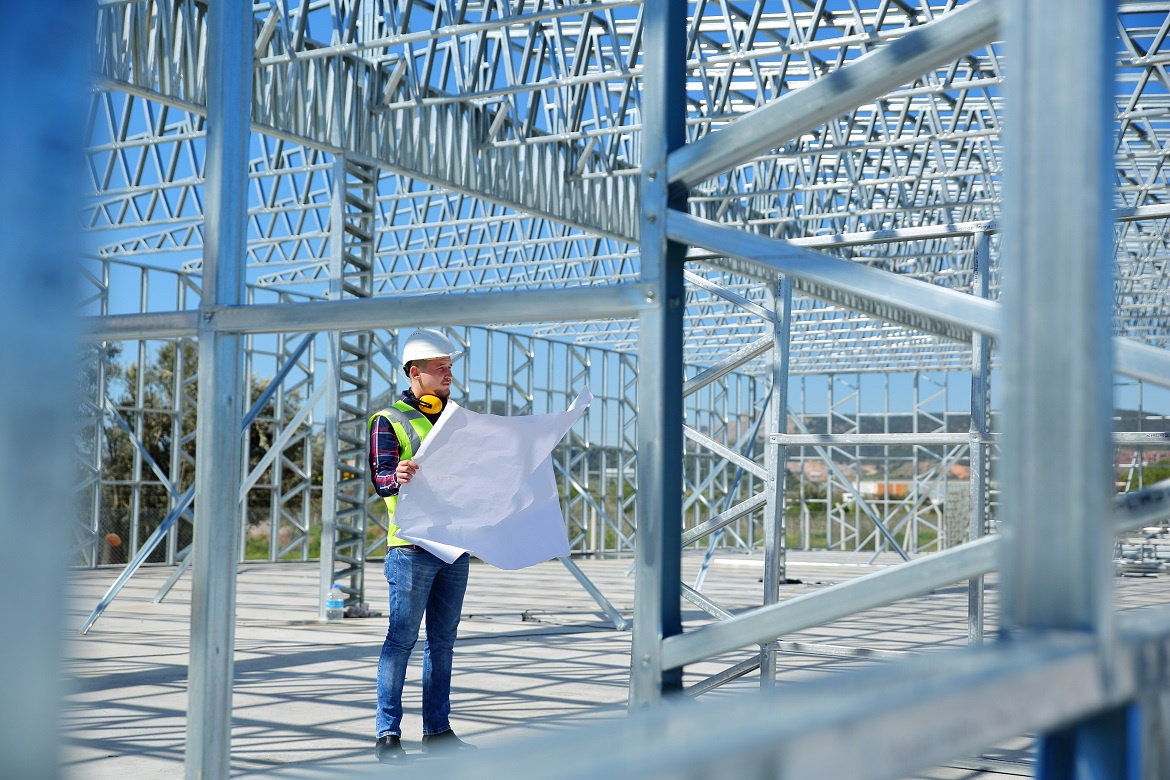 Contractors, suppliers, and others providing labor, materials, and equipment to California private works of improvement must navigate a minefield of conditions precedent to ensure they have a valid lien claim against the property they improved. From the timely and proper service of a preliminary notice to the timely service and recording of the lien itself, claimants must be vigilant to preserve their claim. Make one mistake and the lien claim may be declared invalid. Rarely does a single case address even a portion of the multitude of potential issues facing a subcontractor or supplier seeking to enforce its lien claim. However, in Palomar Grading & Paving, Inc. v. Wells Fargo Bank, N.A., 230 Cal.App.4th 686 (Cal. Ct. App. 2014), the California Court of Appeal answered ten discrete questions, routinely confronted by claimants, involving the operation of California’s mechanics lien laws. Despite doing so, however, the court only certified 1 of these 10 issues for publication.

The California legislature revised its mechanics lien law (effective July 1, 2012) and relocated the applicable statutes to sections 8000 and 9000 of the Civil Code. Although Palomar Grading discusses the old lien law (because the liens at issue were recorded prior to the effective date), due to the lack of substantive changes in the law, claimants should be guided by many of the answers provided by the court.

The underlying project was a Kohl’s department store in Riverside County, California. Payments issued led to four different subcontractors recording mechanics liens and, thereafter, filing suit to foreclose on those liens. Below is a summary of the 10 issues discussed by the Court of Appeal:

1. Does a Claimant Forfeit its Mechanics Lien by Failing to Name Future Owner of the Property in its Preliminary Notice?

The meaning of the word "reputed" in California mechanics' lien law is often debated. According to Dictionary.com, the verb "reputed" means "to consider or believe (a person or thing) to be as specified...." The Merriam-Webster dictionary adds that "reputed" means "being such according to reputation or general belief." Interestingly, Merriam-Webster goes on to say that "[r]eputed is used constantly today by reporters, and almost always to describe suspected criminals—"the reputed mobster", "the reputed drug kingpin", "the reputed gang leader", etc.... Reputed is easy to confuse with reputable, and they used to mean the same thing—that is, "having a good reputation"—but it's become rare to hear reputed used with that meaning today."

2. Is a Mechanics Lien Void where a Claimant Performed Work after Recording its Lien?

Until the recent case of Precision Framing Systems, Inc. v. Luzuriaga, Case No. E069158 (August 29, 2019), the question remained unanswered as to whether a subcontractor “ceases to perform work” despite uncompleted punchlist items. While some courts have held that a project is “completed” even though minor imperfections in the work still need to be corrected, (the nature and extent of the punchlist work to be performed could be determinative). In focusing on the “ceases to provide work” language from the Civil Code, the appellate court held that the repair work performed by the subcontractor after it had recorded its mechanics' lien was, although minor, a portion of the subcontractor’s “work.” Therefore, until the repair work was completed, the subcontractor had not yet “ceased to provide work” and its mechanics' lien rights had not yet matured. The court also opined that the subcontractor could have recorded a second lien once its repair work was completed. As Levelset and many other industry experts have noted, the Precision case is certainly controversial and seems to conflate "cessation" with "completion. How will a future court square warranty obligations (which often are one-year from completion) and the proper timing for recordation of a lien (which are 90 days or less from project "completion")? Some subcontractors may choose to wait to record a lien until their scope of work has been completed, including punch and corrective work that occurs within the statutory deadlines to record a mechanics lien, and if they perform such additional work after they have recorded a lien, will record a second lien as suggested in Precision.

3. Does a Contractor Forfeit its Lien by Failing to Name the Current Owner of Property?

As with a preliminary notice, a claimant is only required to name the “owner or reputed owner” of the property in its mechanics lien. Where a claimant has no actual knowledge of the true owner, its lien is not void for failing to name the current owner.

4. Is a Lien Void where a Claimant did not List Correct Address?

The court went out of its way to acknowledge that the accuracy of property descriptions has been problematic in California mechanics lien law for over 125 years and reconciliation of all of the decisions in this field could be impossible. Recent decisions have been more deferential to lien claimants. The description of the property in the lien document must only be “sufficient for identification” and mistakes or errors will only invalidate the lien where there is intent to defraud or the description fails to put a third party on notice of the claim.

Levelset gives an overview of the required property descriptions around the country and notes that California does not require a full legal description like many other states. Of course, if the mechanics lien does not show up when a title search is performed on the property at issue, and the property is later transferred or sold, it may be difficult to try to resurrect a claimant's lien rights. Thus, it is a good idea to use a legal description and APN to satisfy the “sufficiency” requirement even though a simple physical address could very well meet the sufficiency requirement.

5. Does the 90-Day Deadline to File an Action to Foreclose on a Lien Prevent Subsequent Amendment of Complaint Naming True Property Owner?

It is undisputed that all claimants in this case filed suit to foreclose on their respective liens prior to the expiration of the statutory 90-day deadline. Nevertheless, two of the claimants later amended their complaints to add Kohl’s and Wells Fargo as defendants upon discovery their ownership interests in the property. The court found that claimants will be precluded from adding such defendants if the claimants had actual knowledge of the true owner’s identity at the time the original complaint was filed. In the absence of such knowledge, the claim against the true owners was not time barred. (An unpublished 2011 appellate decision (Coast Rebar Services v. Hollywood 180 Holdco LLC also discussed this issue).

6. Is a Claimant’s Recovery Limited to Amount Stated in Lien?

7. Can a Claimant be Awarded Amounts that the Claimant Owes to Others?

A subcontractor or supplier can only eventually recover on its lien claim those amounts due to it “after deducting all claims of other claimants” embraced within that party’s contract. For purposes of California lien law, a claimant is defined as a person entitled record a claim of lien, give a stop payment notice or recover on a payment bond. A subcontractor or supplier need not deduct the claims of lower tier subcontractors or suppliers who are not entitled to record a lien, and therefore are not “claimant”. The court held that a second-tier subcontractor, whose corporate status was suspended by the time of trial and judgment, was not legally entitled to prosecute any claims, lien otherwise, as a result of this suspension, and therefore the claimant was not required to deduct the claim of said subcontractor. In addition, it appears that when faced with the question of whether to give a potential windfall to a claimant or property owner, the court here prefers the mechanics lien claimant.  It should be noted that a claimant can include within its lien amount the value of the labor and materials furnished by the claimant itself, as well as the value of the labor and materials furnished by the subcontractors and suppliers to the claimant for which the claimant is responsible for.

8. Should Judgment on a Mechanics Lien be Allocated between the Affected Parcels?

Where “one united project” or work of improvement affects multiple parcels, the claimant need not allocate between the different parcels. The court, in its discretion, may prepare such an allocation. In Palomar Grading, the court determined that the project was a single work of improvement finding that “from its inception to completion [it] was one unified project, including all three parcels,” with one owner, one lender and one general contractor and no such allocation was required.

9. Is a Claimant Entitled to Prejudgment Interest?

A claimant, like other plaintiffs, is entitled to prejudgment interest where damages are “certain, or capable of being made certain by calculation” and the right to recover such damages is vested on a particular day. By contrast, where an amount is incapable of calculation, such as the case where the court exercises its discretion to allocate among different parcels, prejudgment interest may not be awarded.

10. What is the Rate of Prejudgment Interest Recoverable on a Mechanics Lien Claim?

The California Constitution (Article XV, Section 1) provides for a default rate of interest of 7 percent per annum. Alternatively, Civil Code section 3289 allows for interest at 10 percent for a breach of contract. Typically, where subcontractors and suppliers are concerned, there is no direct contract with the owner. The court in Palomar Grading held that in the case of innocent, noncontracting owners, claimants can only recover prejudgment interest at the constitutional default rate of 7%. The court, however, specifically left open the question of the applicable rate of interest where a culpable owner is involved, i.e., a lien is recorded a result of the owner’s breach of the construction contract.

Although only the final issue, regarding the rate of prejudgment interest, was certified for publication and can be cited by lawyers and judges, this case provides helpful guidance on several questions routinely confronted by mechanics lien claimants. In addition, this case confirms California’s longstanding public policy in favor of mechanics lien claimants. Claimants should also be encouraged that the courts continue to liberally construe the law for the protection of laborers and material suppliers.

The content contained herein is published online by Gibbs Giden Locher Turner Senet & Wittbrodt LLP for informational purposes only, may not reflect the most current legal developments, verdicts or settlements, and does not constitute legal advice. Do not act on the information contained herein without seeking the advice of licensed counsel.

PAY-WHEN-PAID: COURTS HOLD A “REASONABLE TIME” NOW HAS TO BE REASONABLE

A new and significant California Court of Appeal decision that will have substantial financial impacts on direct contractors, their sureties,...

REPOST- NCS continues to stand ready to protect your rights during this difficult time. The National Law Review posted an...